If we add Eurocup to increase the sample (48 games) that’s 89%ile and 96%ile respectively for International.

When handling the PNR (overall 91%ile), it’s almost 50/50 in terms of shooting/passing, although he’s been more efficient as scorer:

The team scored 0.955 PPP for Pick & Rolls including passes (14% TOV), so they’ve been much better with him on the court.

Efficiency on passes to Spot Up is the same, although his share has gone down from 60% to 50% – more passes to Roll Man in Andorra. 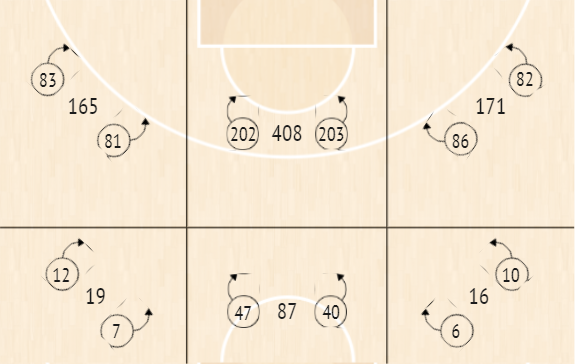 Not a big difference on which side he prefers to go 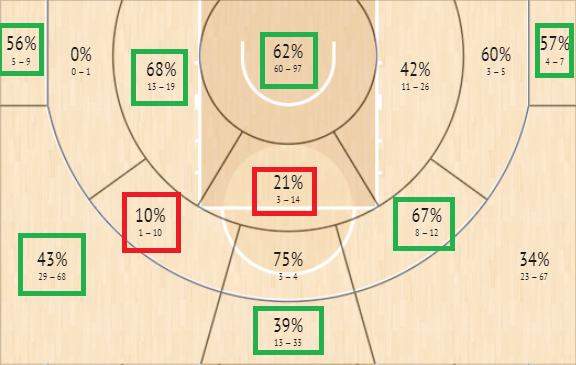 Besides, his %TOV has gone down on his most common playtype (PNR BH) when finishing from 19% to 12%, though it has increased on passing from 8% to 11%.

Overall, on PNR situations it’s just decreased barely a point (from 13.2% to 12.3%), but it’s worth taking into account due to volume of possessions he plays:

He’s been excellent on Spot Up shooting with 1.185 PPP (86%ile International) on 92 possessions. 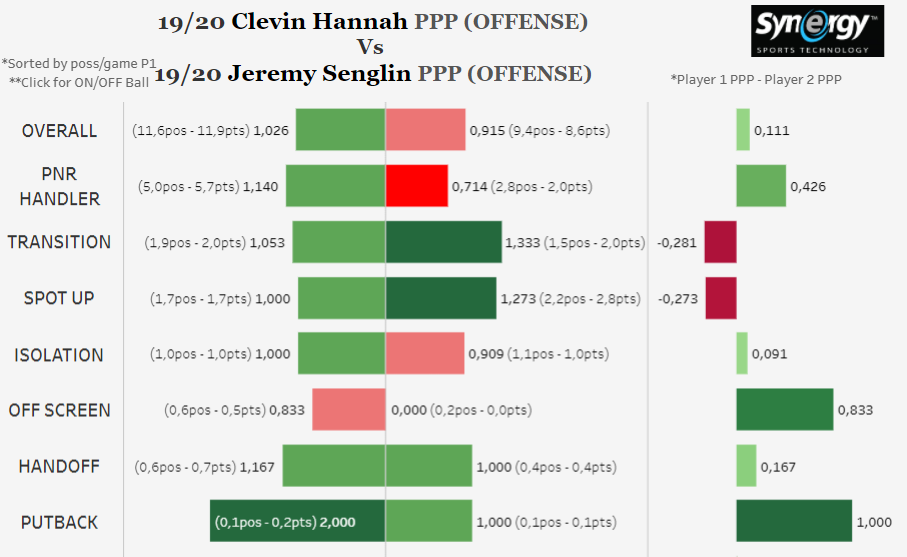 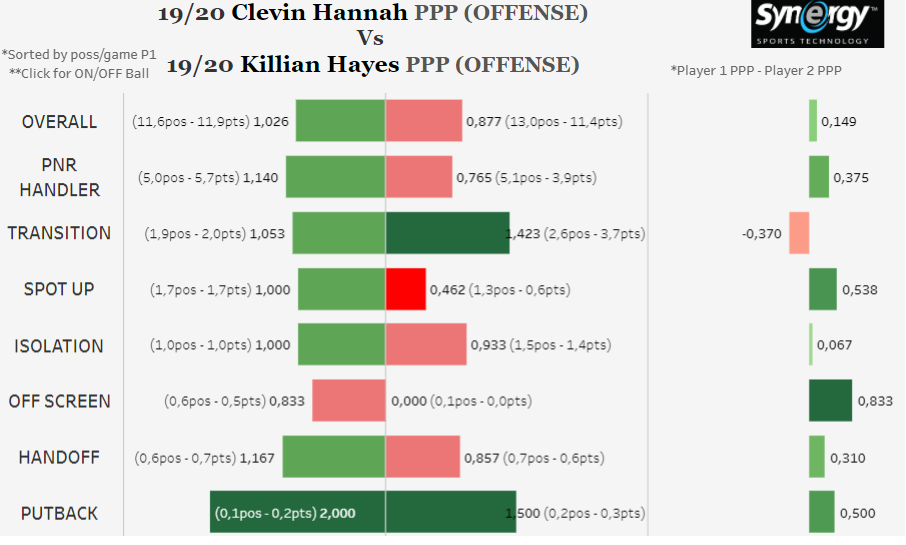 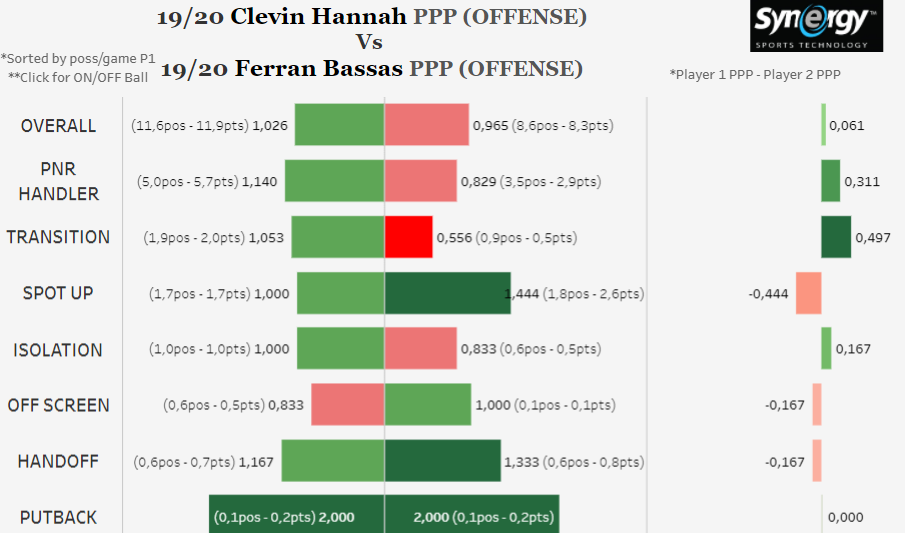 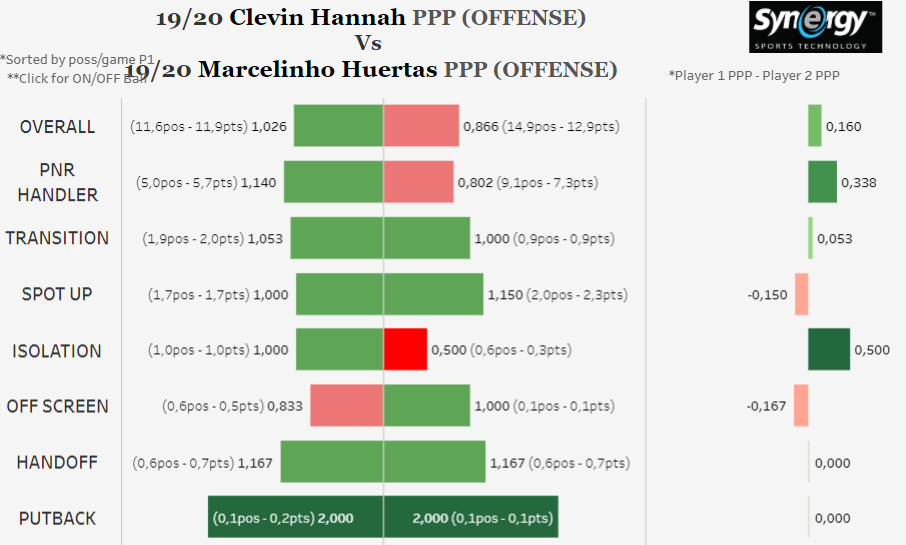 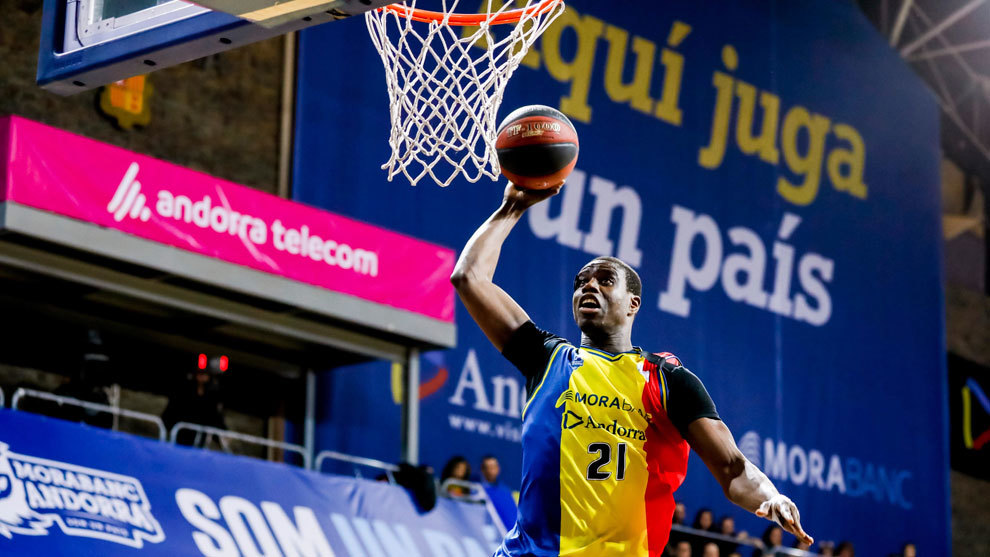 He has become a solid player on this situation. If we look at his last 3 seasons, there’s no doubt he’s an efficient player even with high volume:

So in terms of efficiency, he’s gone down to 67%ile after two seasons at 81%ile. Obviously, this has been a shorter season, where he’s played 28 games instead of 50+, so we could see a bounce next season up to his usual 1.2 PPP.

The main change on his game is the increase of volume on pick & pop:

Following this trend, with a «normal» season of around 50 games, that could be around 100 shots from pick & pop. For now, all of them have been 2-pointers. He’s been consistent over 50% and he could start trying some 3P shots, not just for him to produce more but also be a threat from outside and bring the opponent center out of the paint.

On the other hand, he’s been a bit less efficient rolling to the basket (1.085 PPP), but he keeps being top-10 (ish) on ACB for getting shooting fouls on this situation. It has been his 3rd season over 70% from the free throw line, so that makes it a good scoring chance (around 1.4 PPP).

Besides, he’s very good slipping the pick, so that adds an extra layer to his pick & roll game and how it can be used from an XsOs perspective and create some doubts on the opponent defense.

His physical tools make him more athletic and faster that other «fives», so it can be a weapon as it matches Andorra’s style of play. Pushing him to run, specially if he doesn’t get the rebound can give him an easy basket, as he’s been efficient these past two seasons (17/23 combined).

Even if he doesn’t finish the fastbreak, he’ll demand an extra effort from his defender, specially if the secondary break turns into a pick & roll situation or he needs to fight screens (crosspick, flex, etc.).

Even though he has developed some skills at the post and has increased his volume, he’s not a classic back-to-the-basket player -like Musli was-. He’s not much of a passer either, so he’s better used on dynamic situations (PNR, cuts, handoffs, crashing the board) than static on the post. 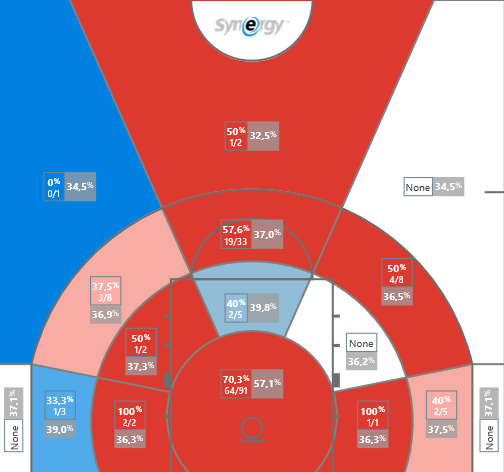 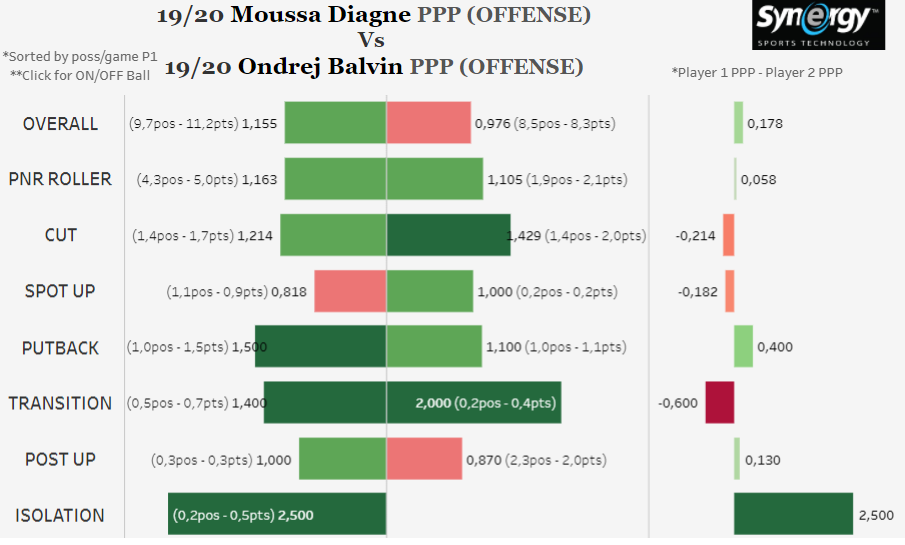 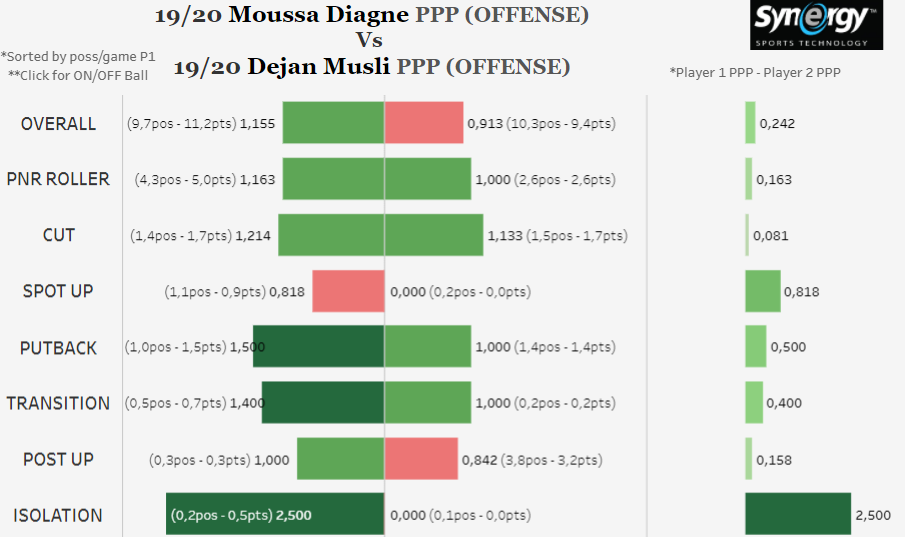 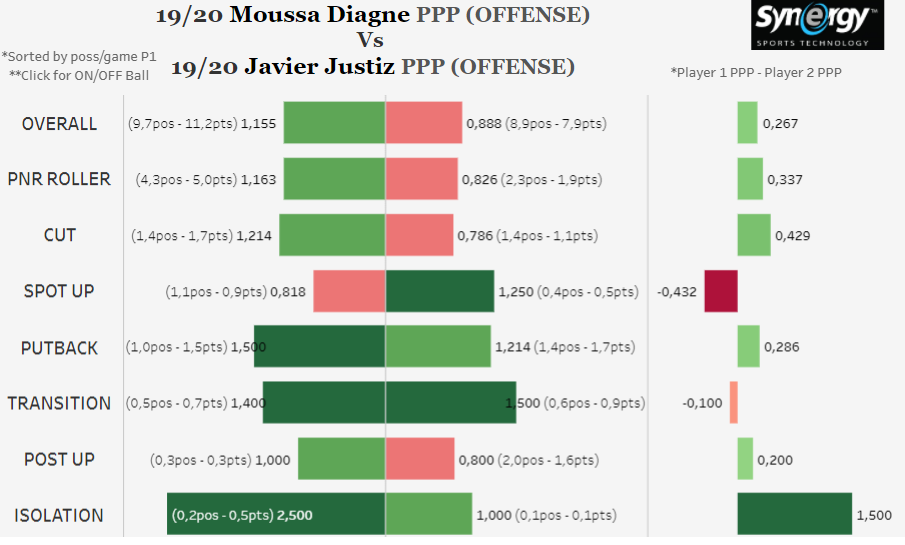 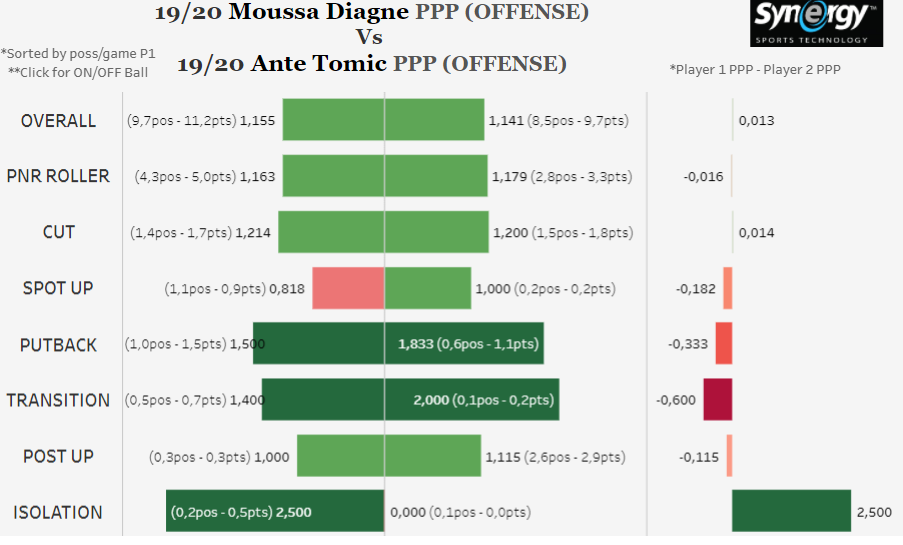