He made his professional debut in the First Division of Dutch basketball in the 2010-11 season and during this second decade of the 21st century he has been one of the best defensive players in this competition.

He started his career in the Dutch basketball elite with ABC Amsterdam and he was named DBL Rookie of the Year in 2011. The following season he signed with ZZ Leiden, where he has played for eight seasons (2011-19).

A classic at ZZ Leiden 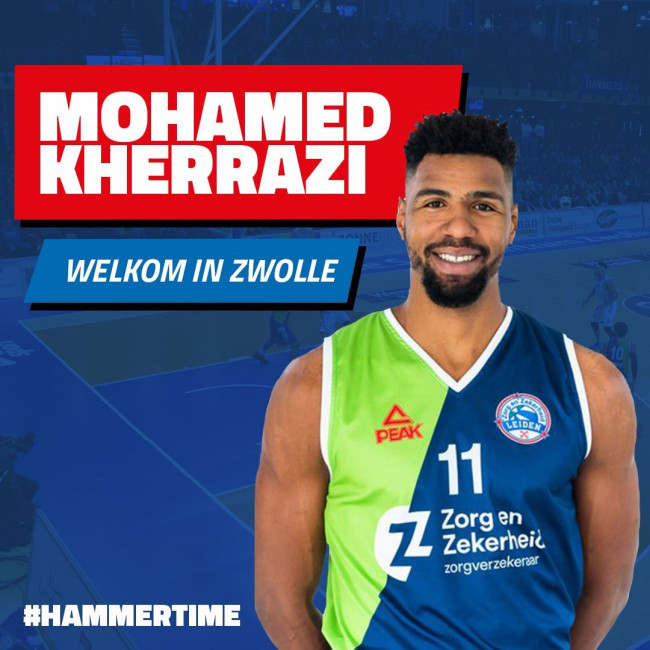 Kherrazi plays for the Dutch national team. He debuted in 2014 and has always been selected since then.

Mohamed Kherrazi is a power forward (though he can sometimes play as a «3») who can be defined as a team player, a 4×4 with a powerful body and willing to give the 100% in such important aspects of the game as defense or rebounding.

In offense, he is not really a scorer. Throughout his career, he has not averaged double-digits in any of the seasons he has played. 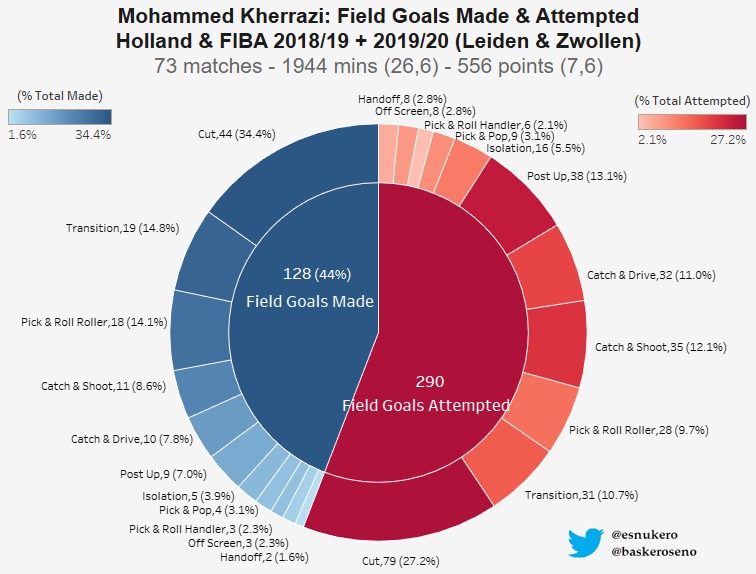 We see most of his points come from cuts to the basket. His mobility and athleticism allow him to surpass his opponents and finish close the rim, where he shows his force with ferocious dunks.

That same mobility makes him an efficient player finishing pick and roll situations, so he will increase his productivity if he shares the court with a playmaker that’s good creating opportunities in that 2 on 2 game.

He is a quick player for his strength and position, which allows him to score points in transition, as he is able to run up the court like an exterior.

He can occasionally score in high-post situations, although he is not a specialist playing with his back to the basket.

In current basketball, where power forwards tend to play more open and are usually specialists beyond the 3-point line, Kherrazi has his biggest handicap in the lack of range. He is capable of scoring by shooting from mid range, but he almost doesn’t shoot any 3P shots.

He also struggles with free throws. In his career, he has barely surpassed 50% of success from the line and this season he ended with a questionable 17/44.

These shooting problems decrease his efficiency (44.3 true shooting % in DBL), although his usage is not too high either (17.4 USG%).

Kherrazi fights for every ball that doesn’t go into the basket on both ends of the floor. His physical tools, ability to jump and instincts to get the rebound make him grab a lot of boards.

He was the second best rebounder in the DBL if we look at advanced stats, with a fantastic 22.1 TRB%, only surpassed by the giant Thomas Van der Mars. In terms of defensive rebound percentage, he was number 1 in the DBL with 30.2 DRB% (offensively he was 6th with 12 ORB%).

Here is where he really shines. He is tremendously intense, supportive and very generous player with his defensive efforts. His combination of powerful body, athletic ability and lateral mobility allows him to be an efficient post defender either against heavier players or those who have great footwork.

He can also defend proficiently the pick and roll and close out open players.

His ability to read the passing lines and his timing to put his hand at the exact moment when the opponent is about to receive the ball should be underlined. He was 4th in DBL with 1.8 steals per game and 3.8 STL%.

Finally, I would like to emphasize his outstanding vision. With 2.5 assists per game and 14.8 AST%, he is Top-5 in this area among big men in the league.

In short, he is a great team player very well renowned in the Netherlands, who could also aspire to play in a stronger league.

He has obvious strengths (rebounds, defense, intensity) that minimise his weaknesses (shooting efficiency, a bit small to play the «4»), so he could become a great rotation player in a higher level league to provide intensity on the court. 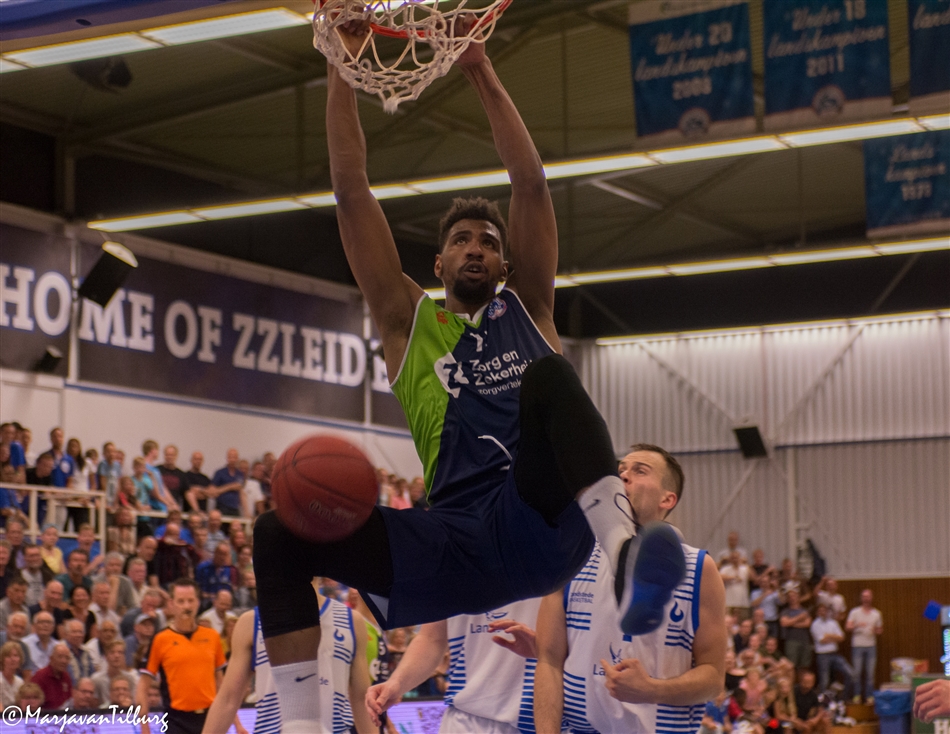 Other outstanding Dutch players
By continuing to browse the site you are agreeing to our use of cookies.