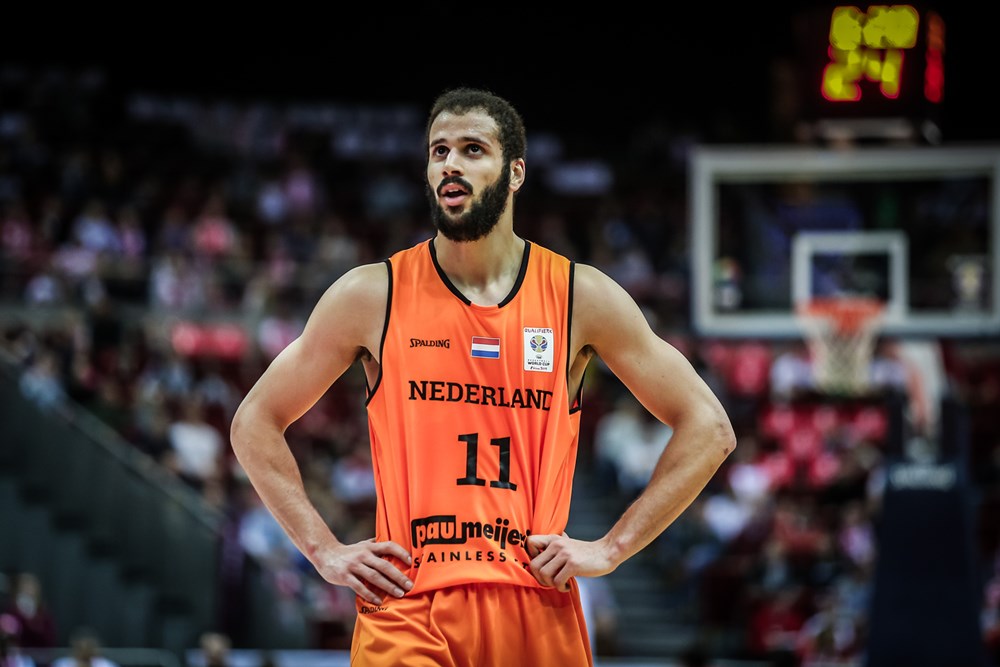 Despite still being young (26 years old), Shane Hammink has gone through different teams and countries and we could still see him change destinations.

NCAA: From LSU to Valparaíso

He began his college years at Louisana State, where his father, Geert Hammink, also played and was drafted by Orlando Magic (number 26).

In Shane’s case, the minutes were reduced during the first two seasons (10,8 and 6 per game) so he asked for the transfer. He wasn’t allowed to play for a year, due to NCAA rules, and then arrived in Valparaiso, where he would become the perfect ally for Alec Peters, a recent Baskonia signing.

In Valpo, his performance was continuously improving and would close his senior year with 15 points on average, 50% in field goalds and a decent 33% in 3.7 three pointers per game.

In the 2017/2018 season, he signs for Bilbao Basket, a team that is pretty well established in ACB League and plays Eurocup, but it was a bad year for the team and they were relegated to LEB Gold.

The context was not the best to shine, because pressure for wins is never good for a young player that needs to develop and adapt to the European style of play.

He started the season showing some flashes of his talent with a good game against Betis in the 3rd match (with 16 points in 20 minutes), and 14 points in Limoges, but he did not have continuity and couldn’t show everything he can do on the court. 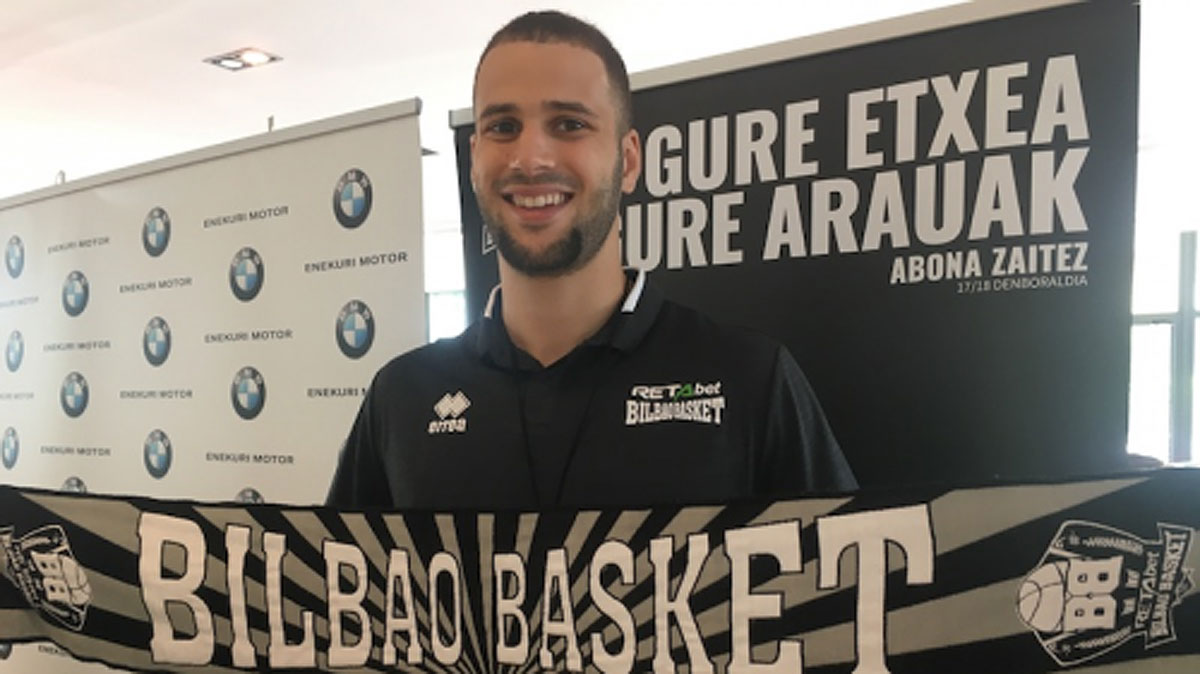 Groningen: return to his native Holland

After that experience in a top league, in the 2018/2019 season he returned to his country with one of the best teams, Donar Groningen, who has finished second in the last two seasons.

He has had more usage there, especially this year, and has gone up to 25.5 minutes on average with solid numbers:

Besides, they took part in the FIBA Europe Cup, which allows us to see him in more competitive contexts and against rivals of a certain entity. It would not be surprising to see him in a better team next season, such as the Belgian or German leagues, where he definitely has a place.

That leap is likely to be made from what we have seen from his compatriot Yannick Franke. Although they have different characteristics, both can perform well in the Bundesliga.

Throughout the years, Shane Hammink has made clear what he is capable of doing. Talented enough to play point forward, he has good ball handling skills and can both pass or attack the hoop thanks to his physical body.

Without a doubt, atacking the rim is one of his strengths, as he is able to finish with both hands and spectacular dunks.

He can also play pick & roll situations proficiently. Whether it is to gain an advantage or rejecting the screen, in these plays he also tends to go towards the hoop, as he manages to take physical advantage on smaller defenders or drive faster than the bigger ones.

He has enough ball handling skills to generate his own shots, as we see in this ISOs. He can also read the defense and pass the ball if there is some help coming at him.

The aforementioned ability to act as a point forward means that we often see him being the one to bring the ball up, and even finish from coast to coast. He also attacks the rim voraciously to score easy points and draw fouls.

He can hurt the defense a lot by playing off ball, specially cutting from the weak side. If his defender relaxes, he goes hard to the rim and converts near the basket at a high rate.

Although he can’t be considered a specialist, these past two seasons he has had a decent 35% and 33% on three pointers. With 3 attempts per game, he has showed that he can keep the efficiency with a higher volume, so this path could be exploited in the coming years.

His good physical tools allow him to grab rebounds on offense. Being an exterior player, he runs to the hoop for a putback or he can also pass the ball and start a new possession. If he was told to go for every rebound more aggressively, he would be really successful without a doubt.

The description of him being a point forward is reflected on these assists we see on tape. He has vision for the game and can be creative with the pass, but at the same time he avoids risks to minimise turnovers. He can help the team as a secondary creator and provide scoring opportunities to his teammates.

To finish his offensive repertoire, he can also use his body to score from the low post, specially if there is a mismatch and he plays a smaller defender. He has good touch with his left hand near the basket and can get some points, even though he is not a specialist.

Good instincts for steals, both on ball and helping from the weak side. This allows him to run on transition and score or assist a teammate on a fastbreak.

He can switch on guards and forwards, which turns him into a valuable piece when defending the pick & roll. Here we can see some actions of his versatility and intelligence to read how the opponent is attacking and how his physical tools can help in order to get a stop.

Although this season has been a strange one and the sample is smaller, we can get some grasps of his the game by looking at the numbers.

At first glance, they support the idea that he has established himself as one of the most important players in Donar Groningen, going from just starting 12 games and 45 as a substitute last season to 25 and 2 this year, respectively. He also goes up to 25.5 minutes per game although his offensive use has decreased by three points to 19.9%.

This increase in minutes has allowed us to have a little more clarity on how far Hammink can go and what his range of action is. 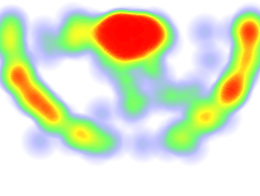 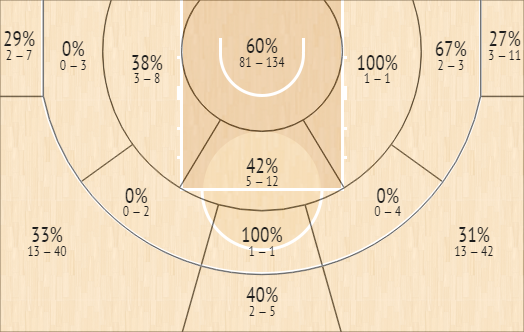 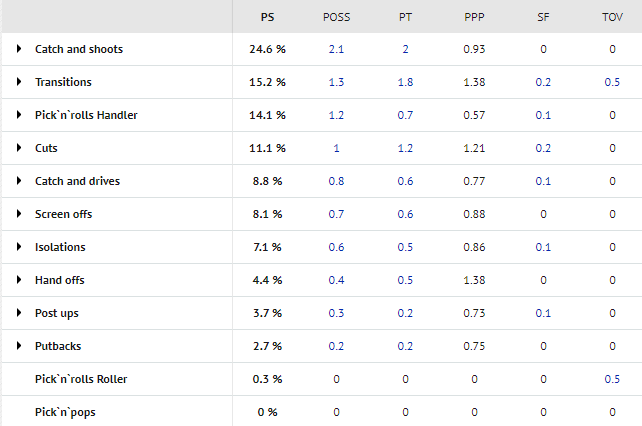 In terms of offense, he should end more possessions at the rim, as he has the body and the touch to do it successfully.

His efficiency on three pointers doesn’t vary a lot from contested (27% – 15/55) to uncontested shots (36% – 18/50). We are seeing a progression on this part of his game. After scoring around low 30s in Valparaíso, he went down to 24% in Bilbao. However, he seems on the rise with 35% and 33% in Groningen shooting up to 3 attempts per game. It wouldn’t suprise to see him around high 30s if his shot selection improves and they put him on good situations to shoot.

Obviousy, to see his true potential, it would be great to see him in a higher level league than the Dutch. The German Bundesliga, the French Pro A or the Italian LEGA have some teams where he would fit in perfectly. Even in ACB for low-middle class teams would make sense, despite the bittersweet taste of his time in Bilbao. 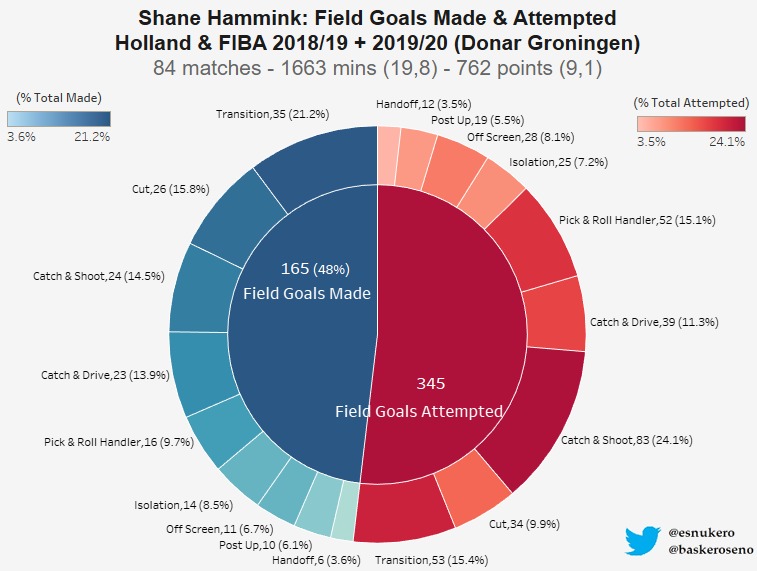 In terms of impact, Hammink has been part of 8 of the 10 best lineups of Donar Groningen in Plus/Minus. His ability to positively influence both offense and defense has made him a key piece of the team’s scheme.

*Limited data as Synergy does not record Dutch league statistics

To sum up, this is a player who, at 26, still has a long way to go and room for improvement. He has shown that he can overcome two bad experiences like LSU and Bilbao to become stronger and shine in Valparaiso and Groningen.

He is also a prominent member of the Dutch national team, where he plays with pride and shows a peak of intensity that he may lack in some regular season games. Perhaps a new destination would serve to give him the extra motivation to show what he is capable of.

At a continental level, we have seen him in a minor competition like FIBA Europe Cup, but against the most powerful rivals he has performed well and could shine in a team of a higher level like FIBA Champions League or Eurocup.

With Hammink we have a player of great impact on defense, for his versatility and intensity, which provides everything a coach expects. On offense, he is excellent at driving to the basket thanks to his body and he can also score from outside.

We’ll have to see if he changes teams this summer because he seems ready for a bigger challenge.